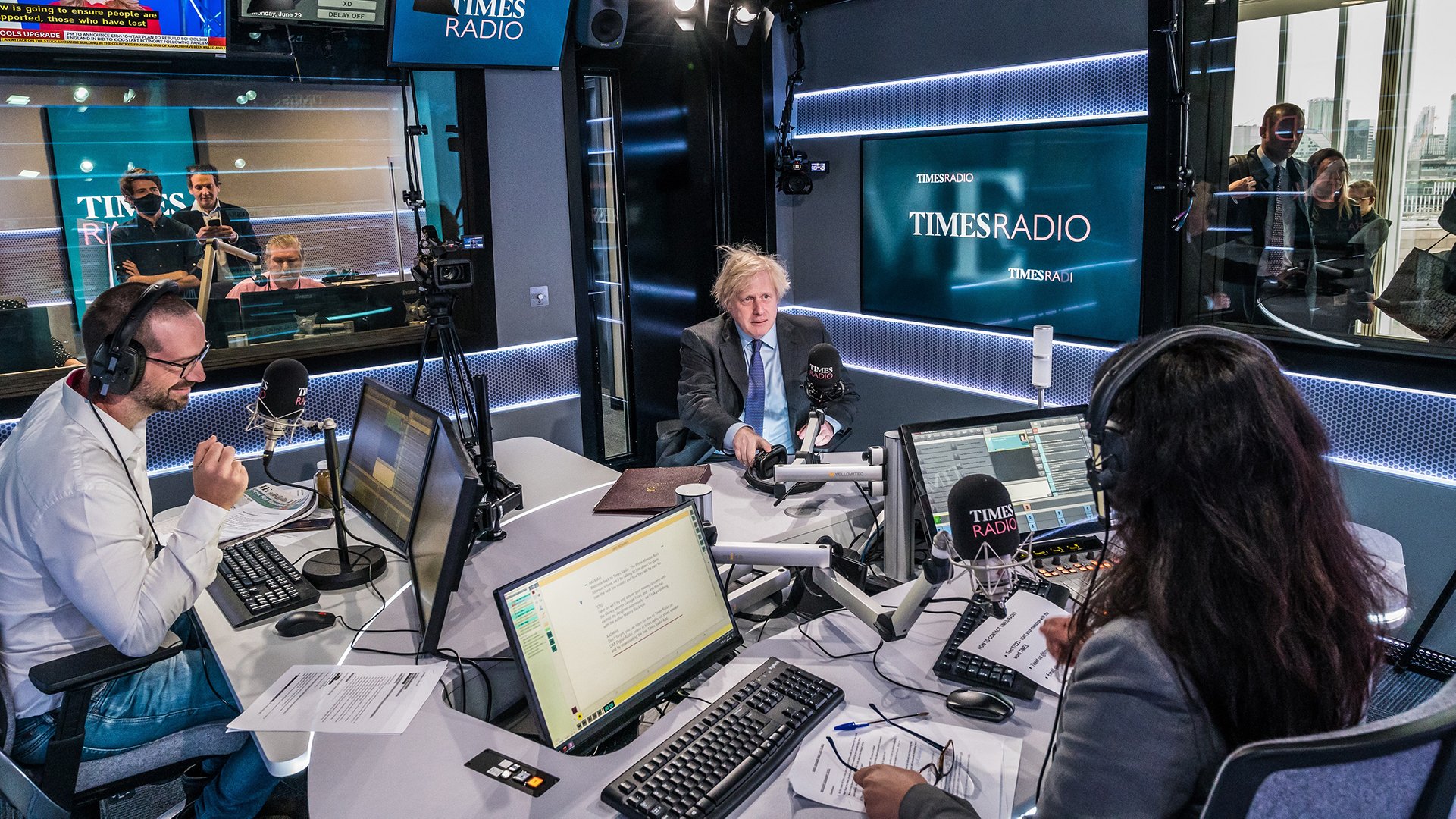 We were woken up by ex-BBC presenter Aasmah Mir and her breakfast show sidekick Stig Abell, former editor of the Times Literary Supplement and Times Radio’s launch director.

Challenging BBC Radio 4 was always going to be a tough task and it’s unwise to judge a station on its first ever show, but overall we felt it was a strong start.  Technically everything went smoothly, the presenters and the guest correspondents (mostly Times staffers of course) sounded assured and notably very different to the BBC, added to which they had the coup of a live ‘sit-down’ radio interview with Boris Johnson – the first he has given since lockdown began.

The Twitterati were quick to call the interview with the Prime Minister “soft”.  The line of questioning wasn’t as aggressive as it could have been, but this is surely part of how Times Radio is trying to find a point of difference with the Today Programme.  There will be times when the station will hold the Government to account but they obviously felt that now was not the right time to start.

One thing they do need to sort out is making Times Radio available on smart speakers.  This morning, Twitter was awash with videos of people trying to get the station on their Google or Alexa speaker, only to end up with Times Radio Malawi.  With live radio being the most popular use for smart speakers, that’s a job the News UK engineering team can’t do fast enough.

The rest of the day

We are looking forward to hearing how Times Radio develops, and any new station takes time to find its feet, but News UK has ensured that there’s no shortage of talent to call on. Red Box podcast editor Matt Chorley handles mid-mornings, Mariella Frostrup afternoons and Ex-BBC Deputy Political Editor John Pienaar heads up the afternoon Drive segment.

It’s not just Radio 4 that Times Radio is up against; speech stations have grown exponentially in recent times – LBC and talkRADIO increased their audience by 24% and 25% respectively in the last Rajar survey.  We’ve also seen a rise of daily news podcasts catering for our thirst for news and information.

So there’s competition aplenty, but Times Radio has launched into a market that is on an upward audience curve and using the audio platform to grow its share of the whole news market and bring The Times brand to a new audience must be a smart move.

Just as with Virgin Radio (another News UK station), there will be no spot advertising on Times Radio.  After hiring Chris Evans for its breakfast show, Virgin realised that to win over his Radio 2 listeners, the station had to be commercial-free.

The Times Radio launch team knows the same is true if they are to succeed in luring listeners away from Radio 4.   That means that commercial opportunities with the station are limited to sponsorship, either of whole shows or individual programme segments.  Judging by the first day’s output all opportunities remain available so there is plenty of scope for brands to get involved.  An added advantage is that there will be opportunities to align content on air and across all The Times and Sunday Times platforms.

For more information on creative and media opportunities with Times Radio, or any radio/audio station or platform, get in touch.

…OR WHY NOT MESSAGE US NOW