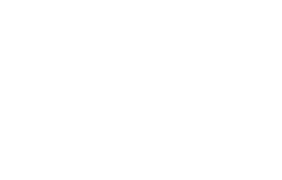 John Lewis & Partners is an iconic British retail brand with over 50 stores across the UK.

Many stores are now being extensively updated to make the John Lewis & Partners shopping experience a truly modern one for everyone.   This inevitably involves a fair amount of upheaval during refurbishment, and so radio is being used to reassure customers that ‘newness is coming’, and to tease new features of the store before and as they become available.

The Partners are a vital part of the John Lewis organisation and each and every one of them a part-owner of it, so it was only right they featured on the commercials.

Giving a radio commercial script to someone who’s not versed in the art of voice acting often results in an ad that sounds like it’s being read, so there was no script.  Instead, we recorded conversations with Tracy and Sophie around key areas we needed to cover in the ads, and edited phrases together to give it a really personal feel.

This is one of several executions aired during Summer and Autumn 2019.

“The creative process ran smoothly from start to finish and resulted in engaging and effective radio ads; Trisonic’s level of service, proactive approach and fast turnaround particularly impressed us.”

CONTACTING US TO LEARN MORE
go back to OUR PORTFOLIO