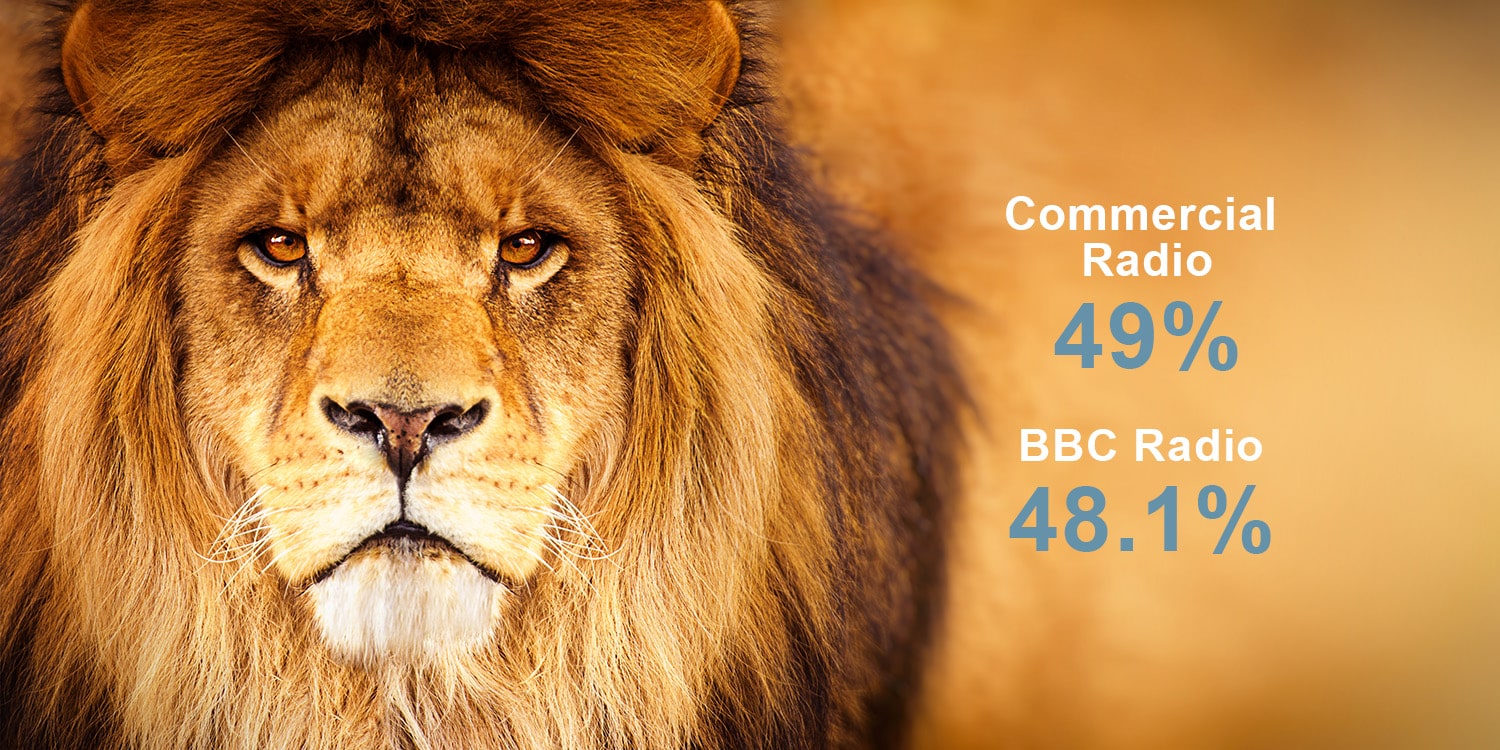 This is the fourth round of radio audience listening numbers since research restarted with a new methodology for the Q3 2021 results, which we reported on in October last year. RAJAR had been suspended in March 2020 as it’s a diary-based survey and relies on face-to-face communication for diary collection.

Commercial Radio winning on all fronts

Commercial Radio has reached more of the population than BBC Radio since the start of 2017. In this quarter we now see that Commercial Radio also has the largest share of listening since Q2 1999, which means the population spent more time listening to commercial stations than the BBC. Although the methodologies are different, the commercial sector has been closing the gap and it was only matter of time before this point was reached.

Reasons for the growth

Across the last few years we’ve seen continued innovation and investment from the commercial sector, with new station launches and derivatives of main station brands from the large radio groups, such as Capital Xtra from Global, Kisstory from Bauer. There have been new stations too, including Times Radio from News UK’s Wireless Group, but also new stations launched from independent owners – Boom Radio being the prime example.

Talent migration has also played a big part – the commercial sector have poached some of the BBC’s highest profile presenters – this has the effect of immediately raising the profiles of the stations they’ve joined. Chris Moyles, Chris Evans, Graham Norton, and more recently Andrew Marr, Jon Sopel and Emily Maitlis have made the switch from BBC to Commercial stations.

One thing that all these new services have in common is that they are all Digital Only, because the FM frequency is at capacity. This gives access to a ubiquitous audience across the digital platforms such as Digital Radio, Radioplayer apps, smartphones , smart speakers and cars. The majority of existing services are also accessed on these platforms.

With the proliferation of connected devices, the digital share of audience listening continues to grow and the total share of digital listening is now at 67.6%

Here are the splits by device:

Commercial Radio is on a roll.  Its rise is due to investment from both the major and independent owners and this investment is set to continue. And let’s not forget, it’s not investment on its own. It’s easy to spend money, but harder to spend it in the right way.  And these new results speak volumes, confirming that Commercial radio owners and operators (who depend on good audience figures) are doing the right thing.